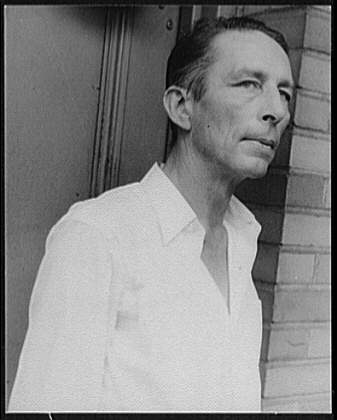 John Robinson Jeffers (January 10, 1887 – January 20, 1962) was an American poet, known for his work about the central California coast. Much of Jeffers’ poetry was written in narrative and epic form. However, he is also known for his shorter verse and is considered an icon of the environmental movement. Influential and highly regarded in some circles, despite or because of his philosophy of “inhumanism”, Jeffers believed that transcending conflict required human concerns to be de-emphasized in favor of the boundless whole. This led him to oppose U.S. participation in World War II, a stance that was controversial after the U.S. entered the war. (Information from Wikipedia)

Jeffers, Rexroth, and the Trope of Hellenism, by Robert Zaller

Land and Value: The Ecology of Robinson Jeffers, by Robert Zaller

Necessary Ecstasy: An Afterword to Cawdor, by James D. Houston

The Inhumanism of Robinson Jeffers, by Frederic I. Carpenter

Robinson Jeffers: Apocalypse and His “Inevitable Place,” by Edward A. Nickerson

Robinson Jeffers and the Paeon, by Edward Nickerson

Jeffers’ “Cawdor” and the Hippolytus Story, by Robert J. Brophy