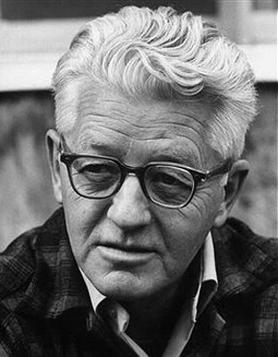 Wallace Earle Stegner (February 18, 1909 – April 13, 1993) was an American novelist, short story writer, environmentalist, and historian, often called “The Dean of Western Writers”. He won the Pulitzer Prize in 1972 and the U.S. National Book Award in 1977. (Information from Wikipedia)

“If I am native to anything”: Settler Colonial Studies and Western American Literature, by Alex Trimble Young and Lorenzo Veracini

“A Home for Civilization”: Nostalgia, Innocence, and the Frontier in Wallace Stegner’s Angle of Repose, by Jennifer Ladino

Finding a Voice of His Own: The Story of Wallace Stegner’s Fiction, by Jackson J. Benson

Wallace Stegner and the Environmental Ethic: Environmentalism as a Rejection of Western Myth, by Brett J. Olsen

The Big Rock Candy Mountain and Angle of Repose: Trial and Culmination, by Kerry Ahearn